‘Artsplash’ Kids’ Arts Festival was held over 4 days at the Michael Fowler Center on the 31st of August.

South End had 13 pieces of artwork on display, and Rosa, Grace, Neve, Brooklyn and Stormy all entered the wearable arts section. Between the five of them they made three costumes, which were worn by Brooklyn, Neve and Grace.

They paraded their pieces on stage on the Monday performance, to an orchestral accompaniment. Other schools involved from the whole Wellington region were singing a medley of songs, and there were dancers and drummers and more! Thousands of children were involved.

There are no prizes: it’s all for the art of it. It took many hours of work over a few months to create the wearable arts, with Tina Rae Carter and Tina Faulkner helped the kids with sewing, glueing etc.

We are very proud of our wearable arts entries! 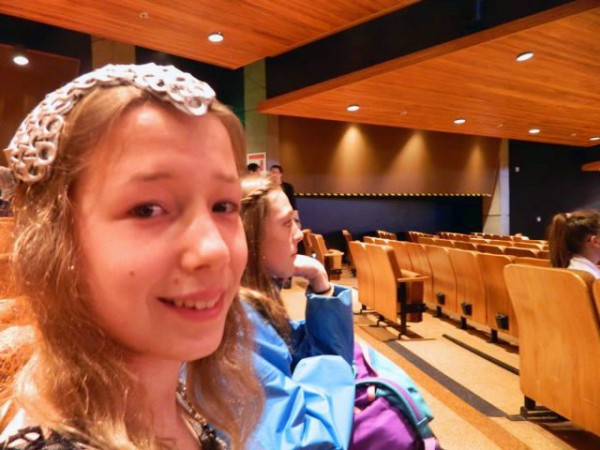 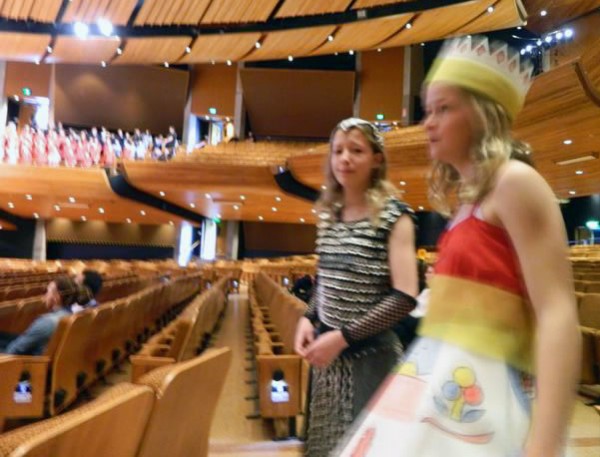 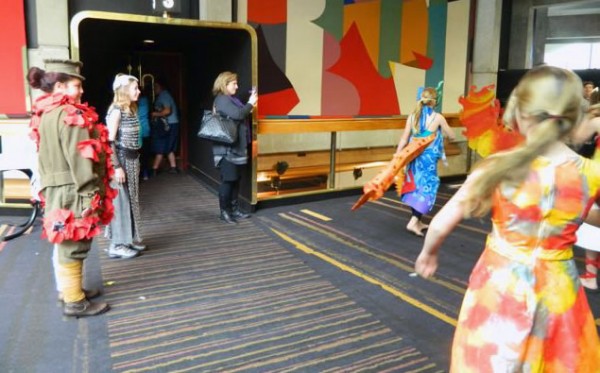 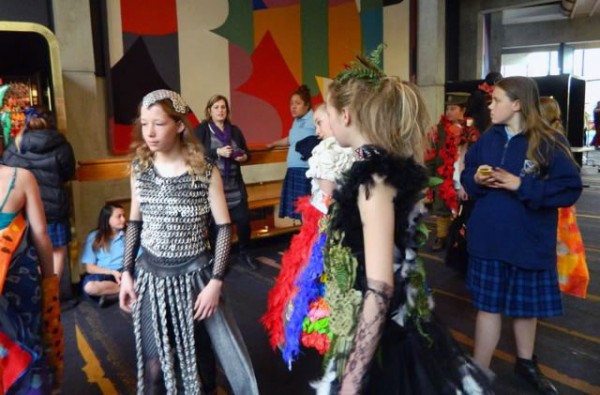 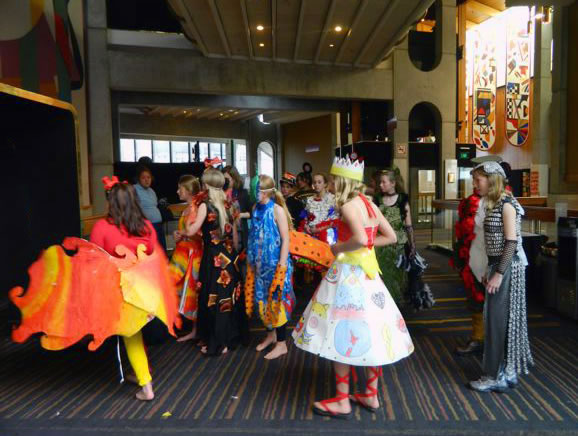 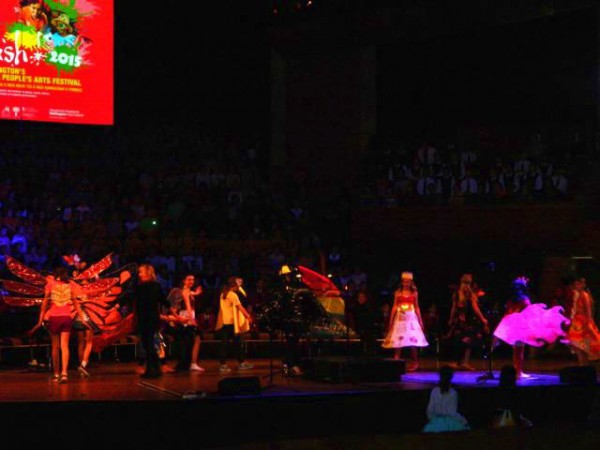 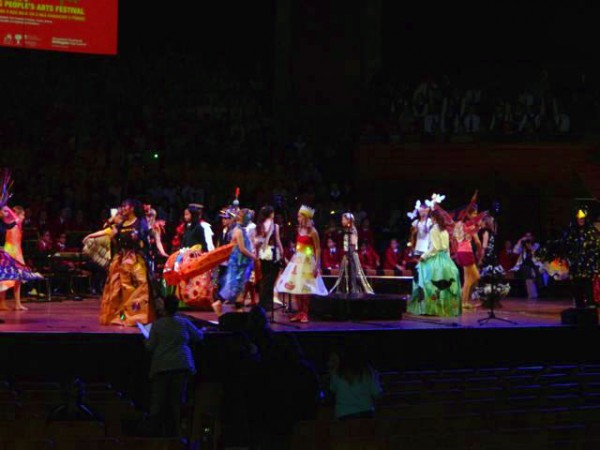