Heading into the final Senior round, the South End Master Chiefs sat in second place behind the Martinborough Colts. The two teams faced off and when the dust settled, all four South End players had won their matches and catapulted their team into a thrilling first place win! Congratulations to Samuel Hunter, Joseph Teofilio, Joji Dell and Neo Carter for their victory.

The second Senior South End team placed 16th; special thanks go to Reagan Brown who filled in at the last minute at the tough #1 position for a sick Luke Anderson, and well done to Lachie Murray, Silas Martin and Lily Wright.

In the Juniors, an excellent 5th place was achieved by Connor Pogson, Joshua Braggins, Grace Clarke and Stormy Huirama. For some of these players, it was their first tournament and the experience will serve them well in coming years.

A final tip of the hat goes to Joji Dell for scoring five straight wins, and Connor Pogson for four wins and a draw. 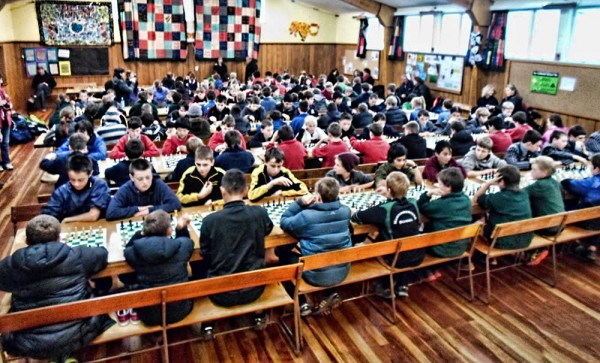 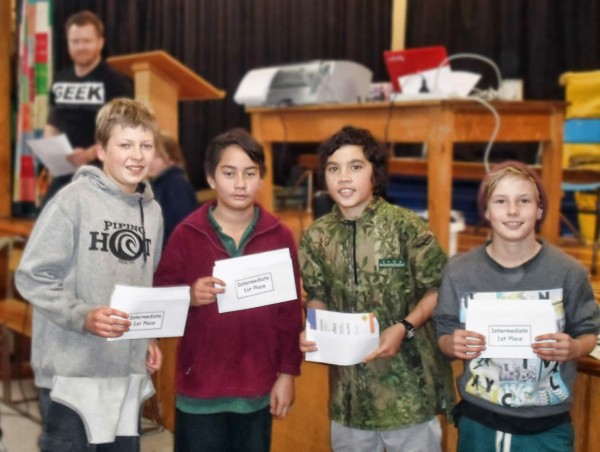 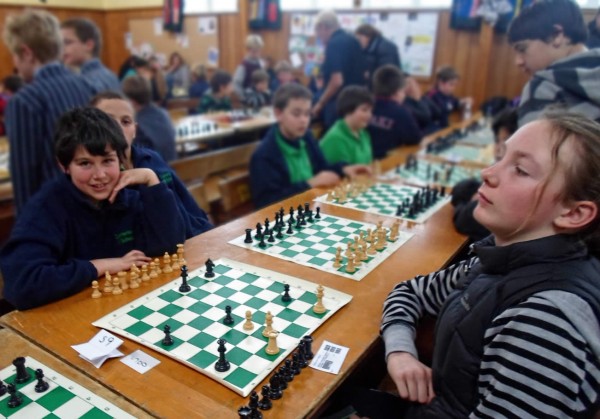 Lily and Silas face off against a Carterton School team. 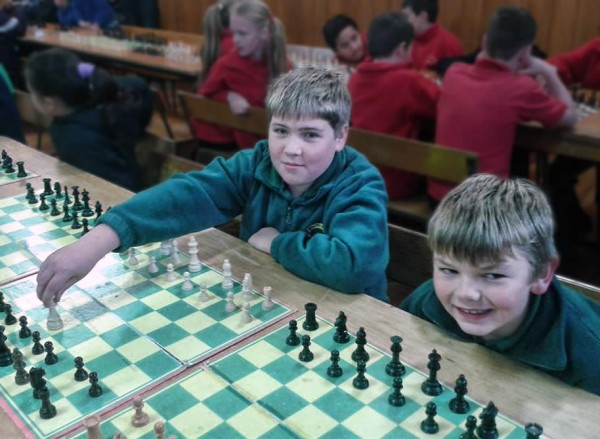 Connor and Josh having fun 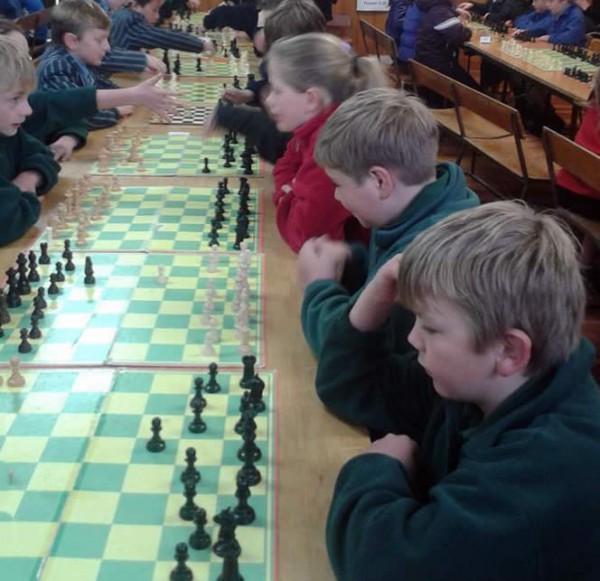 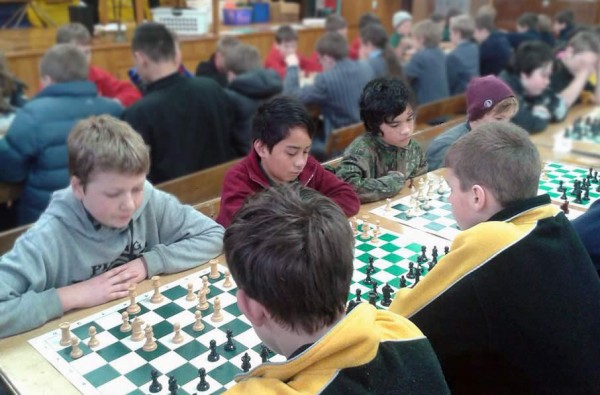