Four South End students headed off recently to the ChessPower regional competition in Masterton and did a superb job in representing the school. The team was first overall in the intermediate grade, and 1st overall in the regionals, which won them the right to head to the nationals. They’ll be Auckland-bound in the middle of September to compete against schools from around the nation!

A outstanding effort by all four, and with two students from South End mainstream and two from the Montessori stream, another great example of teamwork and our goal of “two paths towards a single goal”. Kudos to the boys, and good luck for the nationals! 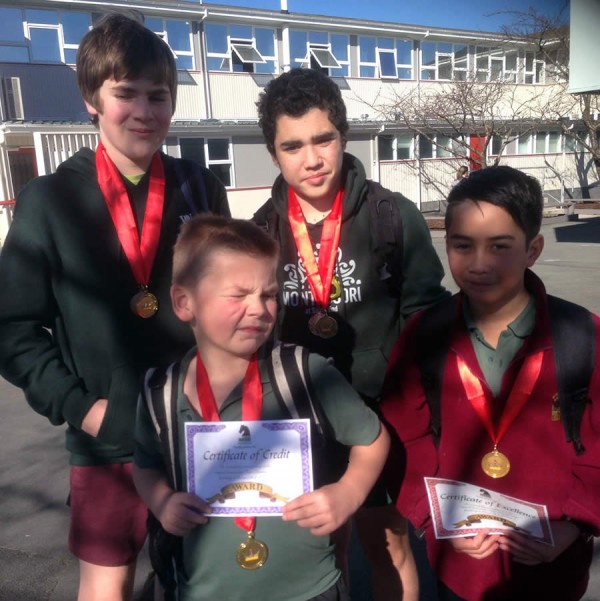 (L-R) Zac Brown, Connor Pogson, Samson Dell and Joseph Teofilo at the Chesspower Chess Regionals. Connor may have been blinded by the glow from his medal…